You don't necessarily need a final balanced equation. You can take the give information (2.5 t of NaBr) and convert this to moles. Then you can work backwards (from the last equation to the first) to figure out how many moles of Fe were needed to make the NaBr using dimensional analysis (but you would have to balance the equations first to figure that out). For example if those equations were balanced, you could say that it took 1 mol Fe to get 1 mol FeBr2 to get 1 mol Fe3Br8 to get 1 mol NaBr. Then you use molar masses to figure it out.
Top

I am also confused about this problem because I could balance the first two equations but I am unable to balance the last equation (Fe3Br8 + Na2CO3 ---> NaBr + CO2 + Fe3O4) so how should I about balancing the final equation?
Top

Regarding how to balance the third equation :o) 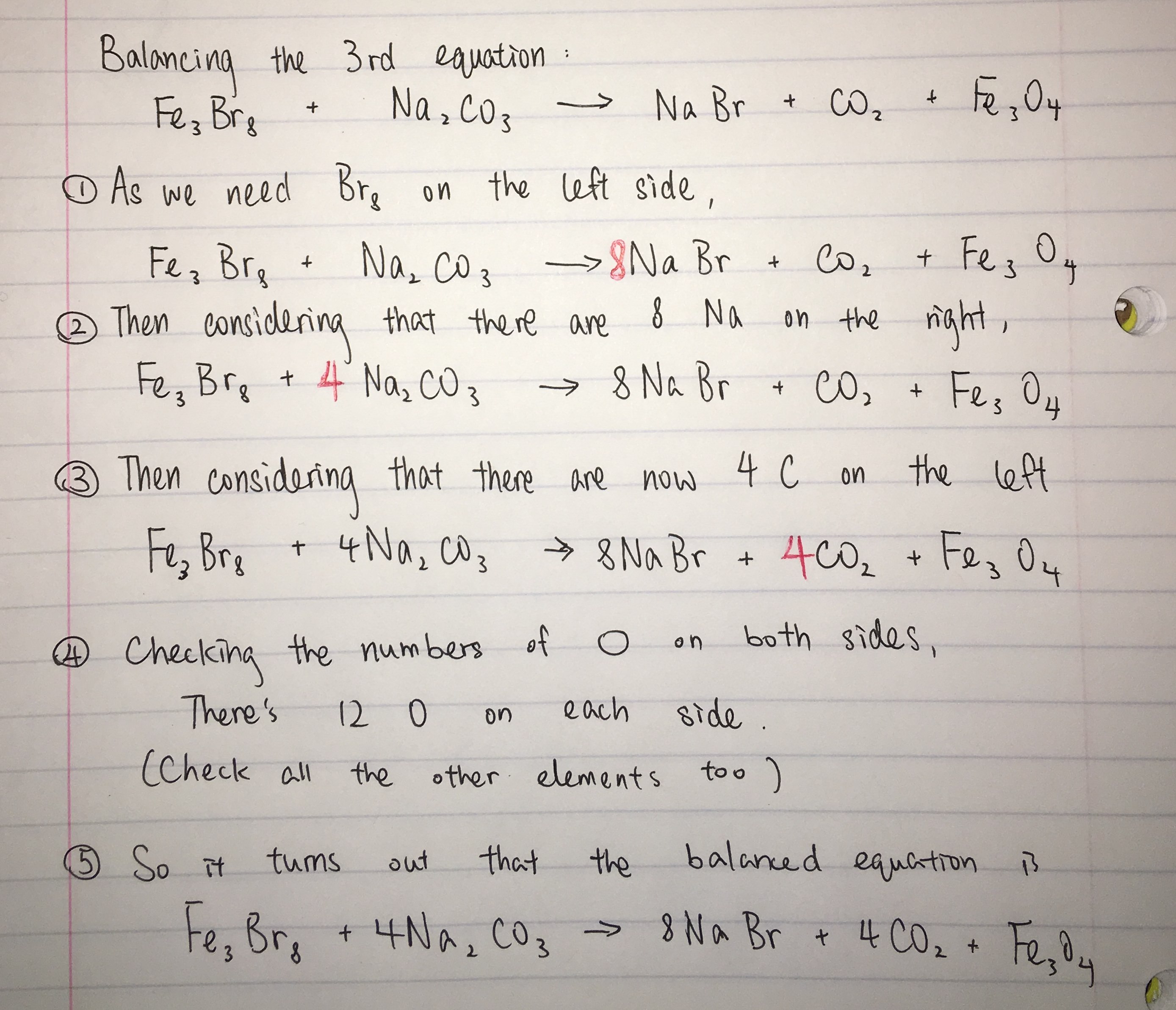 Here's the rest of the steps, after each equation has been balanced. This is sort of extended and drawn-out, which is hopefully easy to follow, but there may be a faster way. I think Christine's method that she mentioned above would be a good workaround to get the solution while skipping the unnecessary steps.
(PS please don't use my presentation/sig.fig. as a reference as I'm not 100% sure whether they work for UCLA ;) ) 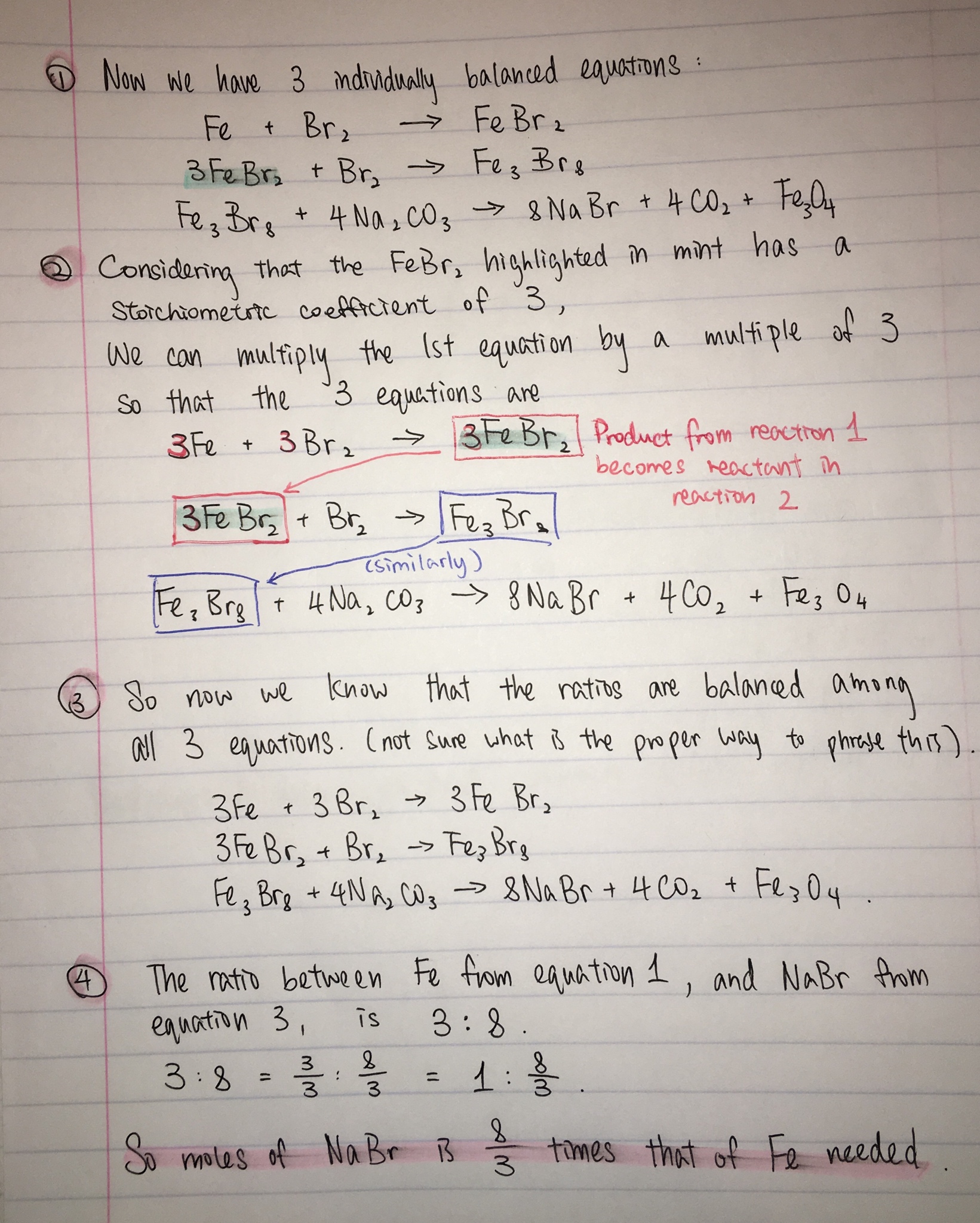 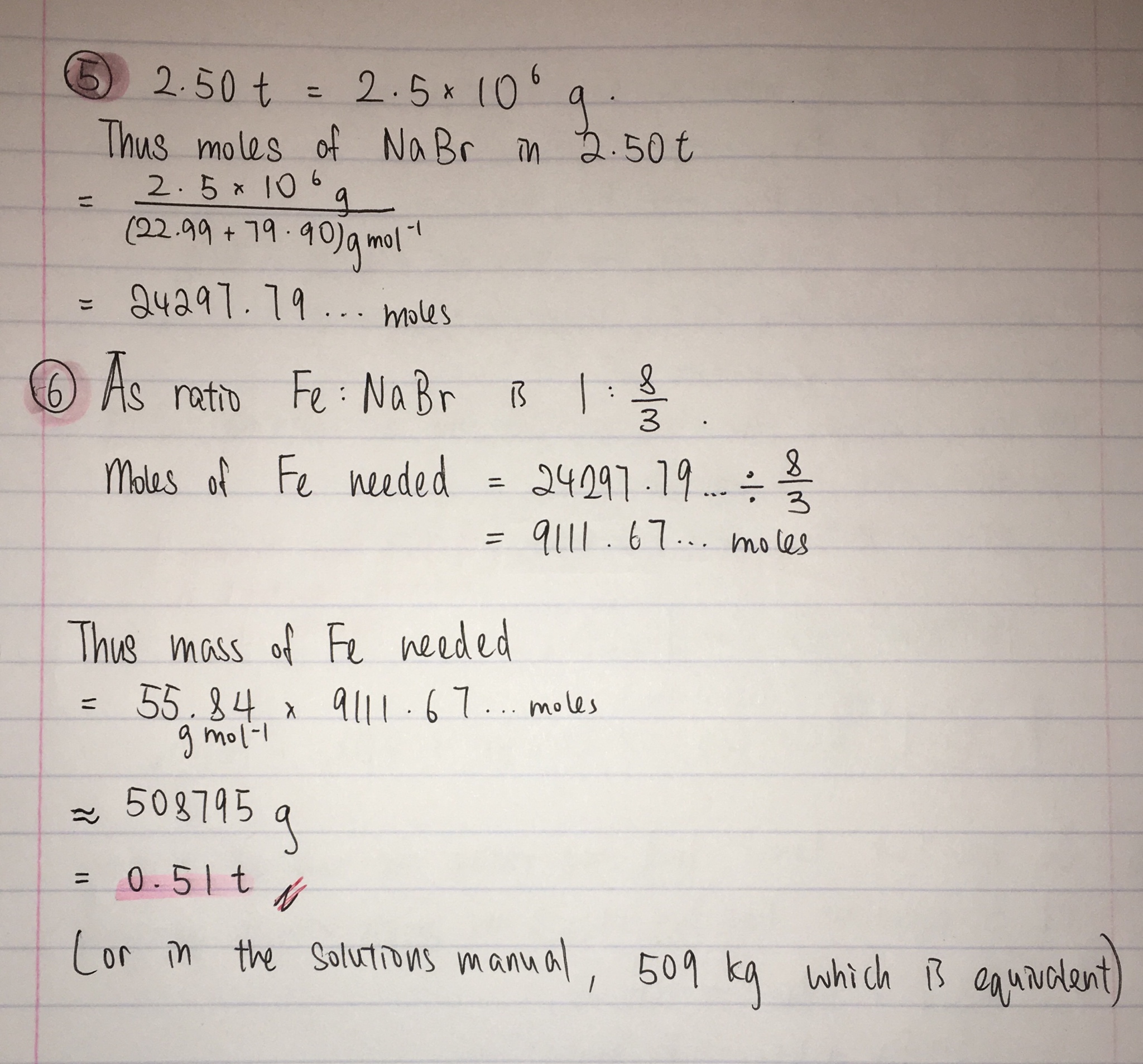 Thank you I got the balancing equation now but now I am trying to convert tons to kilograms but the appendix has two different values ( 907.18474 kg or 1016.046 kg) so I don't know which one to use.
Top

Since the question is asking about 2.5 t, I guess it's safe to assume that it's referring to the first one, which is 10^3 kg, as it is the only one abbreviated as "t". The solution obtained using that also seems to be correct.

I'm pretty curious about the difference between the three units though! The online explanations are pretty brief... but at least we now know that they are different units. :-)
Top
Post Reply
7 posts • Page 1 of 1